No Dice is Coming

Soho Rep.
presents
NO DICE
by
Nature Theater of Oklahoma

ALL SHOWS START AT 7PM. HOUSE OPENS AT 6:30PM. SANDWICHES AND SODA ARE SERVED BEFORE THE SHOW. RUNNING TIME IS APPROXIMATELY 4 HOURS.

No Dice was commissioned in Soho Rep's Phase II program and developed in residency at Downtown Art.

To find out more about Nature Theater of Oklahoma, visit www.oktheater.org

CORNBURY: THE QUEEN’S GOVERNOR
a mad romp through New York’s racy past

Cornbury: The Queens Govermor, written by William M. Hoffman (As Is, Ghosts of Versailles) and Anthony Holland in 1976 as a different kind of Bicentennial celebration, is the story of Edward Hyde, 3rd Earl of Clarendon—Lord Cornbury, Royal Governor of NY and NJ, 1701-1708. He is widely acknowledged to have been horribly corrupt, almost certainly the worst colonial governor in history, and quite possibly a transvestite. This is American history with a stylish twist! 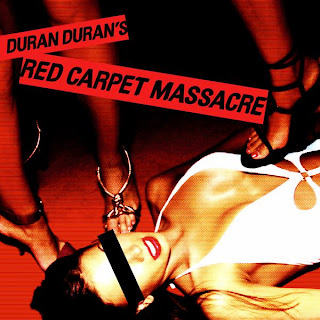 It was weird to see the entire audience at a Broadway Theatre up and on their feet and dancing. No, it's not Mamma Mia! - it's Duran Duran: Red Carpet Massacre a very limited engagement by the British band probably best know as the first generation of MTV stars. Red Carpet Massacre is divided into three "acts" the first being the new album (called Red Carpet Massacre) in it's entirety. It's always awkward to hear new material from a popular band in a concert format but the new album sounds excellent. After an intermission was the ElectroSet, which was my favorite part of the evening. The band, scaled down, pushed all the way downstage performed an eclectic set that included their own songs like "All She Wants Is" as well as a cover of "Warm Leatherette" by The Normal. And finally, immediately following this was Act Three, entitled "Essential Duran Duran" and that's exactly what it was, but curiously sans some of their biggest, early hits such as "Hungry Like The Wolf" and "Rio". Overall it was a fun, unique evening complete with an actual red carpet and paparazzi out front and Donald Trump sitting in the first box, house-left.

For Tickets: www.telecharge.com
Posted by Ludlow Lad at 11:19 PM No comments: