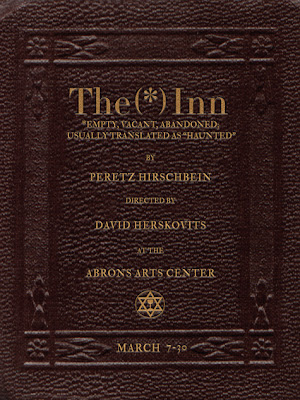 The shtetl turns uncanny in Hirschbein’s 1912 classic of Yiddish life, continuing Target Margin Theater's two-year exploration of Yiddish Theater. You might be expecting the farm life, the chicken-plucking and the arranged marriage, but not the S&M lust and the body-snatching wedding guests. The ( * ) Inn was an early touchstone for experimental theater in Yiddish, a sensation in Vilna, in London and in a 1917 New York production. This play is a perfect example of why Target Margin Theater believes Yiddish drama is as innovative and challenging as any in the world. It’s Tevye on drugs. Watch out. The incomparable) David Greenspan stars. 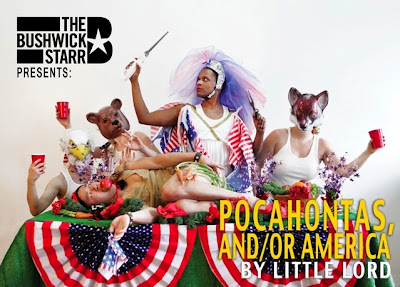 With over 400 years of history, legend, and pop culture as its sources, Little Lord reconstructs the American myth of Pocahontas in their fifth full-length stage work, Pocahontas, and/or America. Taking up the mantle of the early 19th-century dramatists who invented the American theater, Pocahontas, and/or America recreates our country’s origins through the lens of the immortal Indian princess, belle sauvage, Pocahontas. Using contemporary historical accounts, 19th-century melodramas, YMCA Indian Guides, archaeological research, and more, Little Lord digs into disputed histories to find out if it’s still even possible to make a patriotic piece of theater. Part historical pageant, part roadside attraction, Little Lord corrupts over 400 years of fact and fiction to grant America the founding myth we all deserve. 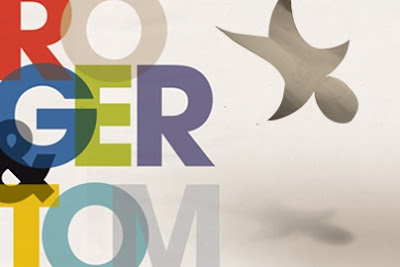 One hour of mind-bending head-scratching, meta-meta-quasi-romanti-tragi-dramedy.
Question the characters.
Question the actors.
Question yourself.
Penny is Penny.
But Richard is William.
And you are just a member of the audience.
Or are you?
Just how impenetrable is the fourth wall? 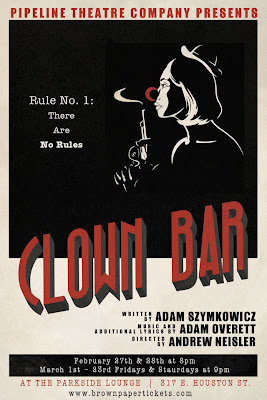 When Happy’s junkie brother Timmy is found dead, Happy returns to his old clown life to ask a few questions. But can he go home again without getting sucked into the seedy clown underbelly of vice and violence?

5. SHAHEED: THE DREAMS AND DEATH OF BENAZIR BHUTTO

Writer/performer Anna Khaja illuminates the lives and historical forces surrounding slain Pakistani Prime Minister Benazir Bhutto, who was assassinated in 2007 while attempting to reunite a nation bitterly divided over the ideals of Islam and democracy. Through the monologues of eight characters that take place in the minutes before Bhutto's death--including Condoleezza Rice and Bhutto herself--we see how Bhutto's life and death resonate far beyond the boundaries of Pakistan, reshaping the world's struggle to reconcile the precepts of Islam with those of democracy.

A Conversation with Nicky Silver 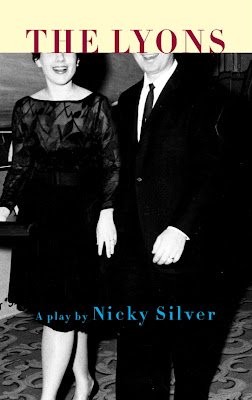 The Drama Book Shop will present A Conversation with Nicky Silver, who will discuss and read from his work, including his newest black comedy, The Lyons, which premiered Off-Broadway at the Vineyard Theatre before moving to Broadway – to great acclaim – last spring. Joining Mr. Silver will be Sarah Stern, Co-Artistic Director of the Vineyard, who will moderate a discussion to be followed by a Q+A and book signing.