The best reason to see Talk Radio is Liev Schreiber – at that's a really good reason. Schreiber plays a Howard Stern-type radio talk show host named Barry Champlain. The play takes place during the course of one evening's show, during which a decision on whether or not the show will be broadcast nationally will be made. It's a very forced premise but even more forced are the over-baked, over-acted “performances” by the radio show's callers. They are so actor-y that they made me cringe at times. But back to Liev, he's great on every level – emotionally, vocally, physically – that all else is forgivable...almost.

For Tickets & Info: www.talkradioonbroadway.com
Posted by Ludlow Lad at 5:20 AM No comments:

Adam Rapp's new play with music, Essential Self-Defense, is a sweet and demented fairy tale. Sadie meets Yul in a self-defense class; Yul is actually the well-padded attack dummy she beats up in class. Sadie has an overwhelming sense of dread – and who can blame her as numerous children are disappearing from the streets of Bloggs, USA. Yul is strange, but is he sinister or just weird? Heather Goldenhersh is perfectly cast as the sweet and quirky Sadie and Paul Sparks is terrific as the peculiar Yul. The physical production is great, especially David Korins' sets. Carolyn Cantor (Artistic Director of Edge Theater) has done a fine job in realizing everything this excellent new play has to offer.

For tickets and info: www.playwrightshorizons.org
Posted by Ludlow Lad at 9:55 PM No comments: 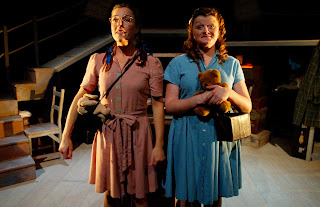 I wound up seeing Lifeboat with a friend who had gotten the tickets and didn't realize that programing at the New Victory is primarily for kids and families. Lifeboat is a production of the Scottish company Catherine Wheels and is the true story of two British girls who meet aboard a ship destined for Canada. The ship was carrying ninety British children who were being evacuated from England to protect them from the constant bombing of their country by the Nazis. Isabelle Joss and Suzanne Robertson portray the two girls as well as their families, other children and everyone else in the story – and they are both excellent. They manage to switch between characters effortlessly and completely – in most cases with only their faces and bodies to convey the change. The broad strokes and often repetitive narrative signal that this is a show for young people, but the content matter could definitely lend itself to adult audiences – perhaps a “grown up” version of the show is in order? The production is only here through March 25th, so grab a kid and go see it.

For tickets and info: www.newvictory.org
Posted by Ludlow Lad at 8:43 AM No comments: 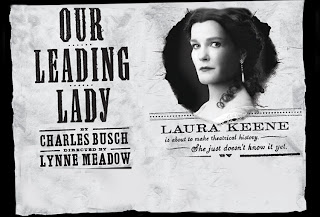 I would find it hard to believe that Charles Busch didn't write the role of Laura Keene in Our Leading Lady for himself. At times I thought I was watching Charles Busch play the part; Kate Mulgrew seems to be channeling him (can you channel someone who's not dead?). Act One is hilarious. Act two is more somber – it's hard to be hilarious after intermission when you've assassinated the president at the end of your first act. Busch's premise is great – the play revolves around the days leading up to the performance of Our American Cousin at which Lincoln is assassinated. The play is a love letter to the theater and a throw-back (especially Act One) to Busch's early plays. The supporting actors and all game and Reed Birney, Barbara Bryne and Christine Nielson and particularly good. Our Leading Lady isn't brilliant, but it is a lot of fun.

Christopher Shinn's Dying City is an excellent play being given an excellent production at Lincoln Center Theater's Mitzi Newhouse. It's rare to see a challenging play being given such a thoughtful, creative production; one that actually rises to the occasion of a great script. Dying City is a three character play, being performed by two actors on a very slowly revolving stage. I know, it sounds like bag of gimmicks – but it's not. It's a drama that hooks you when the apartment buzzer sounds in the opening minutes and doesn't let you go until the final blackout. Pablo Schreiber playing twin brothers – one of whom is actually being portrayed in flashback, an American soldier killed in Iraq, the other his gay brother visiting his widow is excellent. But this is not quick-change “trick” - is not a “Mystery of Iraqi Vet” - both characters are physically, vocally and emotionally drawn wholes. No less impressive, even though "only" playing one character, is the fabulous Rebecca Brooksher. The play itself unfolds as delicately as the stage revolves slowly. Director James Macdonald does a fine job on every level, making for a terrific evening of theater.

For Tickets & Info: www.lct.org
Posted by Ludlow Lad at 10:03 PM No comments: 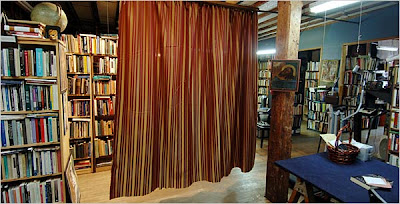 There were two articles in The New York Times with week on Richard Foreman. One giving a glimpse of Foreman's personal world and another a conversation in which Foreman talks about aspects of his long career.

Wake Up Mr. Sleepy! Your Unconscious Mind Is Dead! has just been extended and will now run through April 22, 2007. For into & Tickets: Click Here
Posted by Ludlow Lad at 10:03 AM No comments: 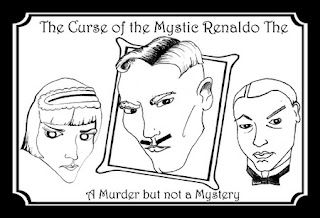 I can't remember the last time I was so baffled by a show - even the title is bizarre. The Curse of the Mystic Relando The begins as a mock, recently unearthed, silent film and quickly turns into a performance-art cabaret; a sort-of Cabaret Voltaire with a cool band backing it up. Aldo Perez (as Relando The) is a trip-and-a-half and Jenny Lee Litchell (as the Maid) reminded me of a young Teri Garr with all of the physical comic ability of Lucille Ball. The show is basically a series of blackout sketches: some funny , some bizarre, some musical and some unexplainable. And while most of the show is very smart, without some sort of through-line or climax, ultimately I left The Curse of the Mystic Relando The unsatisfied. But I laughed very hard a times too...go figure.

For tickets & Info: www.3leggeddog.org
Posted by Ludlow Lad at 11:19 PM No comments: 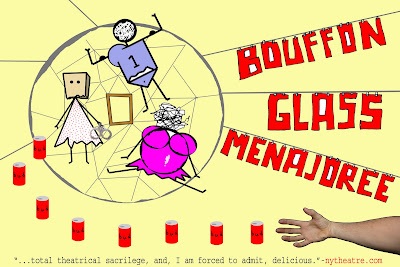 Posted by Ludlow Lad at 2:12 AM No comments: 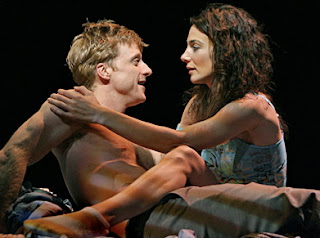 When should a play be revived? Is it ever too soon? These were questions I though of when The Roundabout Theatre announce it's revival of the Craig Lucas play, Prelude to a Kiss. These questions were again front of mind tonight after seeing the production. Originally staged in NYC in 1990 at the now defunct Circle Rep, the production starred Alec Baldwin (who would become too hot of a film commodity to do the Broadway transfer), Mary-Louise Parker (in her break-through role) and the legendary Barnard Hughes. The original production won three OBIE Awards, transferred to Broadway, was nominated for a Tony for best play and was subsequently adapted for film starring the then-very-famous Baldwin and Meg Ryan. Flash-forward to 2007, and the play is again on Broadway. Whom did this revival serve? None of the performers live up to the original cast. The play now looks quaint and slightly obvious. The Roundabout Theatre Company looks pathetic with such an uninspired choice. And while lots of set pieces move around and spin, this production doesn't hold a candle to the original. When should a play be revived? When there is a reason to revive it; maybe when a director has something new to say about it. Is it ever too soon? Sadly, yes.

For info & tickets: www.roundabouttheatre.org
Posted by Ludlow Lad at 12:43 AM 2 comments: 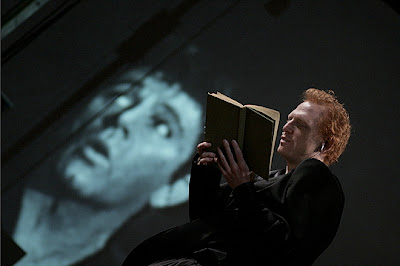 The Wooster Group's HAMLET is a near-masterpiece. Using the filmed version of Richard Buton's 1964 Broadway production, the Group recreates that filmed version on stage, almost entirely. And the source film has been digitally re-edited, erasing actors here and there, fast-forwarding through sections and just generally slicing the film in deliberately choppy ways – all of which is physicalized on stage. The closest analogy would be to say that The Wooster Group is “remixing” Burton's HAMLET. The sound design, always an important element of a Wooster Group show, is here outstanding. Scott Shepherd, in the title role, has never been better - this is his show. The current running time is slightly under three hours, including an intermission, and there were times I wished they had fast-forwarded a little more. I suspect the show might be tightened for it “official” premiere at The Public in the fall, but if you want to see what may be the full-length version of this show, get thee to St. Ann's Warehouse now.

For Info: www.thewoostergroup.org
For Tickets: www.stannswarehouse.org
Posted by Ludlow Lad at 10:52 AM 1 comment:

Here are some shows beginning performances in March that look interesting:

Bouffon Glass Menajoree - It's back! A clown theatre version of Tennessee Williams's famous play; this was one of the highlights of the recent NY Clown Theatre Festival. Brick Theatre; starts March 8th – March 24th; www.bouffonglassmenajoree.com

Hotel Oracle - A new play by Bixby Elliot about six strangers who leave their hotel to seek out the Oracle; Walkerspace; March 8th – March 31st; www.hoteloracle.org

Desire in the Suburbs - A new play by Frederic Glover, inspired by Eugene O'Neill's Desire under the Elms, about a love triangle between a man, his wife, and his son; WorkShop Theater; starts March 14th – March 31st; www.workshoptheater.org