Coming Soon: THE RAREST OF BIRDS - The Life and Work of Montgomery Clift 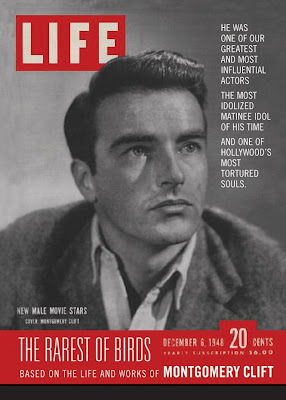 He was one of our greatest and most influential actors....
The most adored matinee idol of his time,
And one of Hollywood's most tortured souls.

Based on the tragic, tormented life of Montgomery Clift, "The Rarest of Birds" is a devastating, moving and important theater event. It is a must-see for all students of cinema, classic film, the Golden Era of Hollywood, movie buffs and historians, researchers and archivists of gay life and theater aficionados of every stripe.

The Drama Desk makes much about their inclusion of Off and Off Off Broadway Shows, but when it comes to taking the stage and collecting actual awards, alt.Broadway wins are few and far between. It's kind of like being invited to Thanksgiving Dinner and still having to sit at the "kids" table. So congratulations to the two non-Broadway shows that collected awards last night: 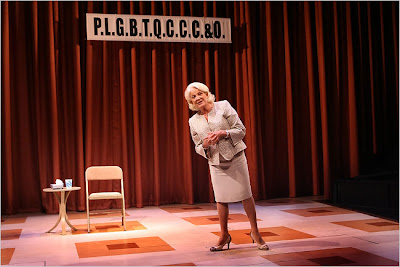 Linda Lavin, The New Century (Featured Actress in a Play)
-and- 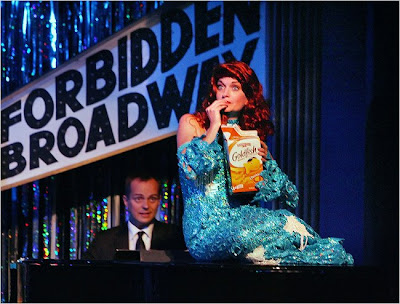 Forbidden Broadway: Rude Awakening (Outstanding Revue)
And let's not forget that Passing Strange, winner for Outstanding Musical, did start out Off Broadway. But when the Unique Theatrical Experience award goes to a Broadway show - things ain't looking good!

Posted by Ludlow Lad at 6:21 AM No comments:

The Film Festival: A Theater Festival @ The Brick 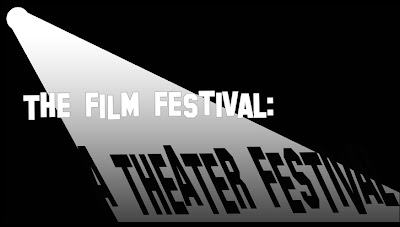 Theater as it was meant to be seen:
On screens, TVs, laptops, iPods, cell phones and occasionally on stage.
This year's Brick Summer Festival is particularly wacky! Some of the shows (films? events?) that have caught my eye are:

Walkouts...Henry IV: BAM
Produced and Directed by 31Down and The Unseen Machine
A 30 minute video work that documents audience reactions to The New York City Players' production of Shakespeare's Henry IV, Part One for the Next Wave Festival at the Brooklyn Academy of Music (2003).

Demons Five, Exorcists Nothing
a reading
Piper McKenzie Productions
Written by William Peter Blatty
Directed by Jeff Lewonczyk
In this world-premiere concert reading, the author and screenwriter of The Exorcist spins a behind-the-scenes tale of madness and mayhem in a Hollywood feature engineered for failure.

The Magnificent Ambersons by Orson Welles: A Reconstruction for the Stage
Adapted and Directed by Ian W. Hill
An exact theatrical recreation of the butchered Orson Welles film adaptation, as Welles had intended it to be seen.

For a full schedule and tickets: www.bricktheater.com/filmfestival
Posted by Ludlow Lad at 9:21 AM No comments: