The Wooster Group does Tennessee Williams 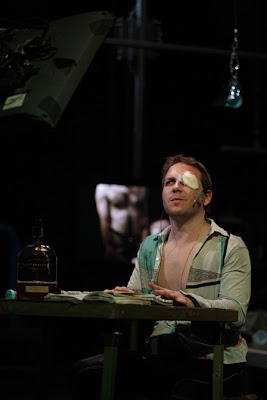 Liz LeCompte and The Wooster Group's ongoing trek through the theatrical canon has now landed at Tennessee Williams' Vieux Carre. William's mostly-expressionistic slice of life is set in a New Orleans boarding house, where the Williams-like writer (think Tom after he leave The Glass Menagerie) crosses paths with a cross-section of characters, including and elderly homosexual, the landlady and a woman and her drunk boyfriend among others. 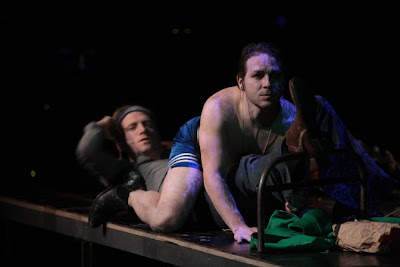 As much as The Emperor Jones is Kate Valk's show, and Hamlet is Scott Shepherd's show; Vieux Carre is Ari Fliakos' show and he does a fine job. Shepherd, in the duel roles of the drunk boyfriend (Tye McCool, seriously) and the old homosexual (Nightingale, I kid you not) dives in to both parts head first with terrific results. Only the usually amazing Kate Valk seems adrift, going for broad humor and even broader accents as both the Landlady and Jane Sparks, the lost lady with the crappy boyfriend. 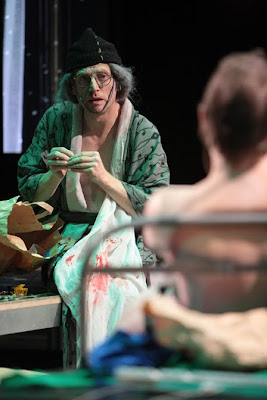 Clocking in a just about two-hours without an intermission, the show grabs the audience and doesn't let go until the final thirty minutes, especially during what felt like a very long scene between the embattled couple. That scene could use a touch of the usual Wooster Group magic, inspired tricks. 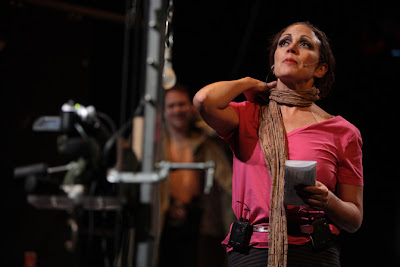 But these are all minor quibbles, for Vieux Carre is still better than just about anything happening in New York theater right now. Given that the Group is based in New York, we don't seem to see enough of them. Don't miss this or any chance. 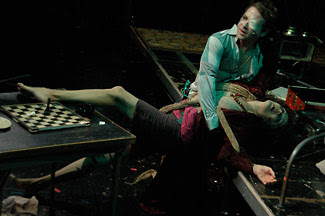 The Wooster Group's Vieux Carre has just been extended through March 13 at Baryshnikov Arts Center.


For Tickets: CLICK HERE
Posted by Ludlow Lad at 1:23 PM No comments: 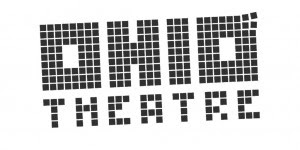 According to an article in The New York Times, Robert Lyons announced that the Ohio Theater will relocate to the Archive Building at 666 Greenwich Street in the West Village. A ten-year lease has been signed on what will now be known as OHIO WEST. While the Ohio Theater presented great work, it was the former space at 66 Wooster Street that made it very, very special - and still a huge loss.

The full NY Times article is HERE.
Posted by Ludlow Lad at 11:39 AM No comments: