David Greenspan in BABES IN TOYLAND 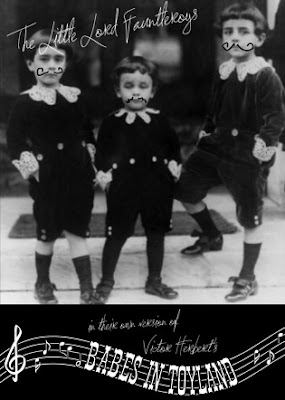 Featuring a salute to the Spring! A tap dancing sheep! A Parade of Toys choreographed by a real live Rockette! Fifteen musical numbers! All of your favorite friends! A cast of a hundred dozen! A live orchestra pianist! And, of course, David Greenspan doing double-duty as The Master Toymaker and the Old Woman Who Lived in a Shoe! What more could the spirit of mortal desire? Babes in Toyland will recall the happy days of childhood to those who are facing the stern realities of life... 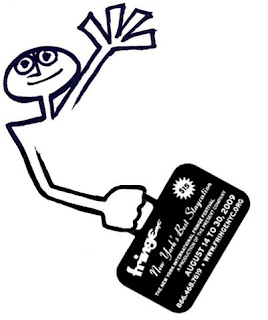 This years selections are now on line at www.fringenyc.org. The festival runs August 14th - August 30th, 2009. Some shows that have already caught my eye are:

Baking with Bertha: Back to School Special

Bitch! (The Autobiography of Lady Lawford, as told to Buddy Galon)

The Death of Evie Avery

DEVIL BOYS FROM BEYOND

For the Love of Christ!

I Can Has Cheezburger: The MusicLOL!

M: An adaptation of Shakespeare's Macbeth for three actors

Notes on the Land of Earthquake & Fire

PIE-FACE! THE ADVENTURES OF ANITA BRYANT

Willy Nilly: A Musical Exploitation of the Most Far-Out Cult Murders of the Psychedelic Era
Posted by Ludlow Lad at 2:14 PM 3 comments: