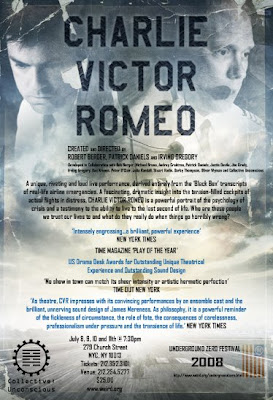 The amazing and powerful Charlie Victor Romeo is back in NYC at the theater where it all began (albeit in a new location) for only a handful of performances.

If you've never seen it, you should - but be warned it not for the weak-hearted.

If you are only going to subscribe to one NYC Theater this season, this may be the subscription to get...

WHY TORTURE IS WRONG, AND THE PEOPLE WHO LOVE THEM
By Christopher Durang

And at the DELACORTE:

Info on The Public: www.publictheater.org
Posted by Ludlow Lad at 7:28 AM No comments: 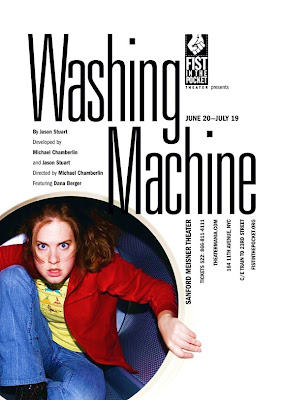 Washing Machine is a tragicomic one-woman-show about five year old girl who mysteriously drowned inside a Laundromat washing machine. Inspired by a 2005 Washington Post news article, Washing Machine, stars up-and-coming actress Dana Berger and expands the girl's final moments of breath as she transforms into eight characters that all play a part in her drowning. Helen Hayes Award nominee Michael Chamberlin directs.

For More Info: http://fistinthepocket.org
Posted by Ludlow Lad at 3:00 PM No comments:

The line-up for FringeNYC 2008 is now up on the Fringe Website.

Some of the titles that have peeked my interest are:

Posted by Ludlow Lad at 7:32 PM No comments: 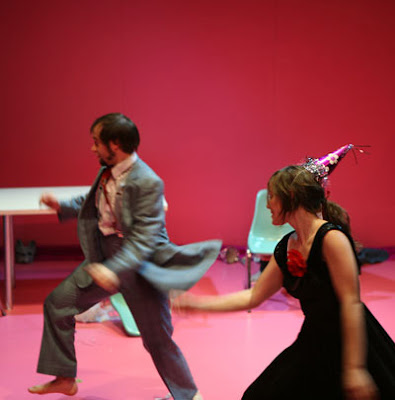 Vicious Dogs on Premises is a new dance/theater piece about deciding between cruelty and love, dog training, having too many choices, torture, following instructions, and shifting loyalties. It may include such events as: Butoh Dancing or Imaginary Alpine Folk Dancing or Gestures an Angry Lawyer Makes in Court. It could include people talking about Threatening Things Said to Children or Efficient Fuel Sources. You might see people decide between Balancing On One Foot or Falling Down Repeatedly. With a script by award winning playwright Saviana Stanescu.

Witness Relocation formed in 2000 and is led by director/choreographer Dan Safer. They are the recipients of the 2007 NY Innovative Theater Awards for best choreographer, best sound design, and best production (also nominated for best ensemble, lights, and costumes). The critically acclaimed company has created ten original productions, engaged in a two year residency at the renowned Patravadi Theatre in Bangkok, and performed in theaters, nightclubs, rock videos, and on a Thai TV Soap Opera. 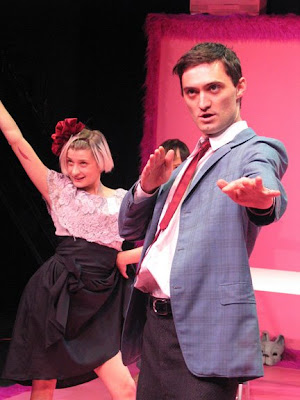 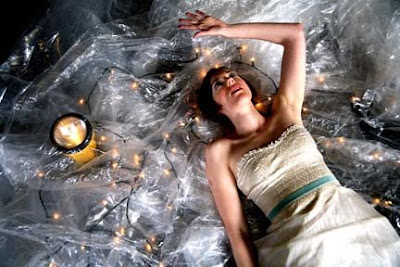 Set in the arctic landscape, True North explores obsession and isolation, including: the sounds that things make when you break them, Cole Porter songs, the constellations, recycled stuffed animal bear skins, hundreds of paper snowflakes, blood, glitter, and polar bears.