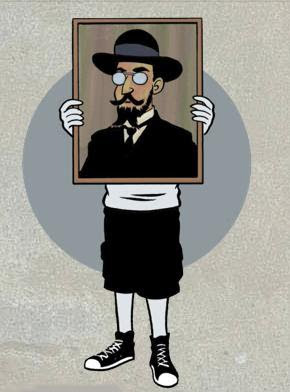 The Final Show at The Ohio Theater

A burning taxicab. A blind troubadour. A new roommate. A minor lapse of courage triggers a breakdown of epic proportions as a young woman struggles with the realities (and unrealities) of New York City. With songs.

For Tickets & Info: Click Here
Posted by Ludlow Lad at 9:15 AM No comments:

Looking for Mr. Goodbar: The Musical 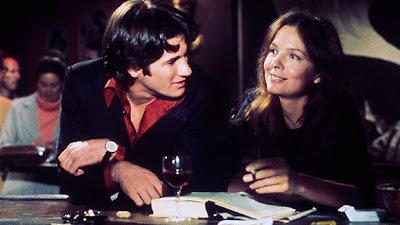 Reviving the lost art of the Live Concept Album, Waterwell teams up with NYC rock band, Bambï, to tackle one of the most controversial pop culture artifacts from the '70s, Looking for Mr. Goodbar. Taking inspiration from both the film starring Diane Keaton and the novel by Judith Rossner, Bambï and Waterwell explore the timeless themes of sexuality, independence and persona as seen refracted through a disco ball. Join us for this special first look as we take on this dark classic, celebrating New York in all its grim glamour.
Goodbar
Music + Lyrics by Bambï
Inspired by Judith Rossner's novel Looking for Mr. Goodbar
Produced by Waterwell in association with CityParks Theater
Starring Hanna Cheek, Cara Jeiven, Jimmie Marlow, Tobi Parks & Kevin Townley
Sunday, August 22, 2010
8:00 p.m.
EAST RIVER PARK, NYC

For more info: Click Here
Posted by Ludlow Lad at 9:45 AM No comments: 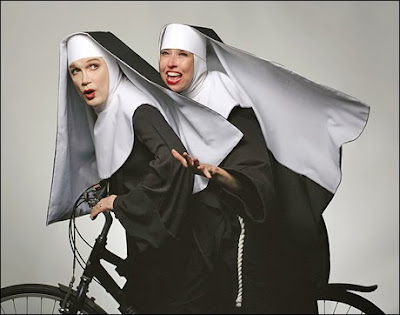 Charles Busch's hilarious comedy, The Divine Sister, which had workshop production at Theater for the New City earlier this year is returning for a commercial engagement beginning September 12th at the Soho Playhouse on Vandam Street. The Divine Sister is a throwback to Busch's early, Theatre-In-Limbo plays like Vampire Lesbians of Sodom, Psycho Beach Party and Times Square Angle and stars, along with Charles Busch himself, Alison Fraser, Amy Rutberg, Jennifer Van Dyck, Jonathan Walker and Julie Halston.

For tickets and info: www.divinesisteronstage.com
Posted by Ludlow Lad at 8:12 PM No comments:

It was announced today that the Ohio Theater/Soho Think Tank will live on as OHIO INTERRUPTED at 3-Legged Dog Art & Technology Center in Lower Manhattan. This is probably a win-win since it was announced earlier this year that 3LD may be facing eviction from its MTA-owned building at 80 Greenwich Street. The Ohio Theater on Wooster Street will definitely be missed, though. It was a one-of-a-kind venue, that let directors and adventurous companies make use of its depth, barn doors opening on to Wooster Street and numerous pillars. It's sad to think that in a few weeks Ludlow Lad will no longer be entering those doors.
Posted by Ludlow Lad at 7:10 PM No comments:

The final season of the ICE FACTORY series at the OHIO THEATRE brings:

"Lust. Betrayal. Air kisses. What happens when the Hater hates himself for loving? A speed-punk score with kick-ass dance. A mise en scene for the glamorously debauched. An amphetamine fueled, post-post simulacra of the French classic. A comedy of manners for the very rude" (July 21-24).

For Tickets + & Info: CLICK HERE
Posted by Ludlow Lad at 6:36 AM No comments:

In one of the most momentous underground-film-related developments in recent memory, two films by the legendary playwright, counter-cultural figure, and founder of the Ridiculous Theatrical Company, Charles Ludlam, were discovered last year safely tucked away in Ludlam’s partner Everett Quinton’s closet. Rescued from oblivion through the efforts of filmmaker Ira Sachs and Butt Magazine contributing editor Adam Baran, curators of the Queer/Art/Film series, they were screened publicly for perhaps the very first time this past winter at the IFC Center. Their re-emergence is cause for great celebration, and we’re overjoyed to be presenting them both in a weekend of encore screenings, along with a selection of other movies made with Ludlam’s participation. These films are a bona fide revelation, and their discovery represents the restoration of a crucial and heretofore lost chapter in the history of underground film.

---
José Rodriguez-Soltero
LUPE
1966, 50 minutes, 16mm. Preserved by Anthology with support from
the Andy Warhol Foundation for the visual Arts.
Thursday, August 19 at 9:15pm

For more info: www.anthologyfilmarchives.org
Posted by Ludlow Lad at 7:49 AM No comments:

I finally got to see Branden Jacobs-Jenkins' The Octoroon: An Adaptation of The Octoroon Based on The Octoroon at PS122. As anyone who follows off-off Broadway may already know, the production has been plagued with problems. First, the show lost its original director, Gavin Quinn (co-founder of the Irish company Pan Pan). I assume this happened because the playwright didn't like what the director was doing with his script. At that point the playwright took over the directing duties and the production proceeded.

Next, on the eve of opening, an actor in the cast sent an e-mail (I assume to his private “list”) venting his frustration with the production, calling it a “trainwreck” and trashing the play and the playwright/director. Said email was then published on the Village Voice “blog” which seems to have been revived only to post this e-mail. Over one hundred comments followed that posting and a public scandal began.

What I didn't know until seeing the show last night was that the actor who sent the email actually departed the show along with another actor (the man in “red face” in many of the promotional photos for the show).

So what was left to present to an audience you may ask? Actually the show asked that same question, several times, throughout the seventy-five minutes on view at PS122. What I saw was a very smart, exploration, not only of this 19th Century play but of the creative process. I have no doubt what was presented was not the show Branden Jacobs-Jenkins envisioned when this journey began, but what he made of the hand that was dealt him was the theatrical version of turning lemons into lemonade. Many of the scenes that obviously we written for two actors were played with one, the playwright himself opened the show, playing the part of the native-american putting on “red face” while explaining the opening of the show, sealed envelopes with questions from the the playwright/director were delivered to the actors on stage, who would break character and answer the questions as themselves.

Bravo the the actors who remained with the show. They were all excellent and knew there was some very good and valuable work being done.