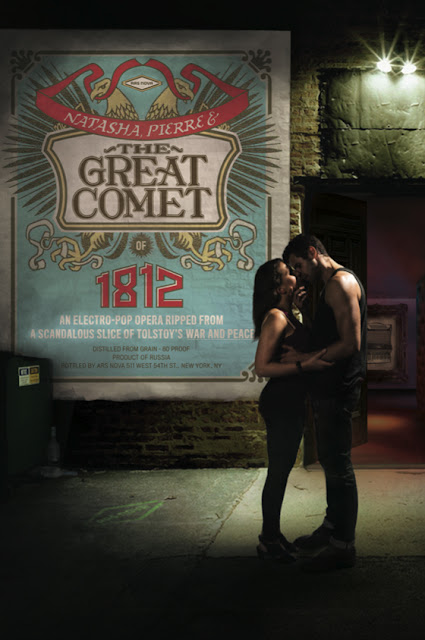 Billed as "an electro-pop opera ripped from a scandalous slice of Tolstoy's War an Peace," Natasha, Pierre & The Great Comet of 1812 has the cred of Dave Malloy who wrote Beowulf – A Thousand Years of Baggage and co-created the Obie Award winning Three Pianos and Rachel Chavkin director of Mission Drift and Architecting for The TEAM (of which she is Artistic Director).

For Tickets and Information: Click Here
Posted by Ludlow Lad at 2:14 PM No comments: 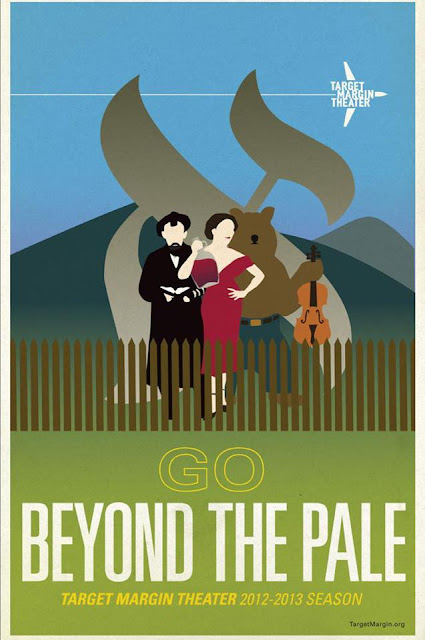 The invaluable Target Margin will dedicate it's 2012-2013 season to exploring Yiddish theater.

First up is their terrific TM Lab, at The Brick from October 17 - November 3, presenting new interpretations of such plays as God, Man, and Devil by Jacob Gordin, Dukus by Alter Kacyzne, and After Midnight by Samuel Daixel. The Lab will also feature a few free events including Panel Discussion: The Other Yiddish Plays with Debra Caplan, Caraid O’Brien, Alyssa Quint, and Nahma Sandrow.

In the spring, Target Margin Artictic Director, David Herskovits, will direct The Haunted Inn a 1912 play by Peretz Hirschbein at Abrons Arts Center. The Haunted Inn will run from March 6-30, 2013.

Plus, their season brochure (?) artwork is awesome!

For tickets and information about Target Margin's 2012-2013 Season: Click Here

Preview: HERESY at The Flea 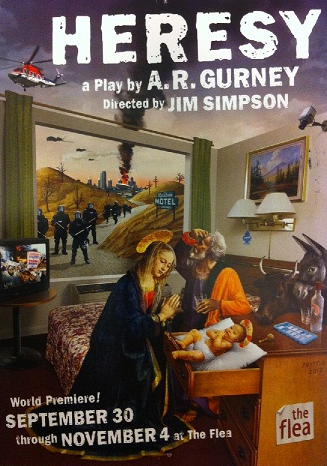 And the postcard is awesome!

Posted by Ludlow Lad at 4:46 PM No comments:

Two short plays, each directed by each-other’s author. The playwright-directors are Neil LaBute and Marco Calvani. Throw Estelle Parsons, Larry Pine and Craig Bierko into the mix and you’ve got a great evening of theater to be sure.

For Tickets & Information: Click Here
Posted by Ludlow Lad at 9:58 AM No comments:

Charlie Victor Romeo is not for the faint of heart.  CVR also stands for cockpit voice recorder and this show is reenactments of the final minutes of several airline disasters.  Your palms sweat, your heart races and you don't soon forget this intense piece of theater - and it's back for a limited run at 3LD from October 4th- 20th.  It is NOT to be missed. 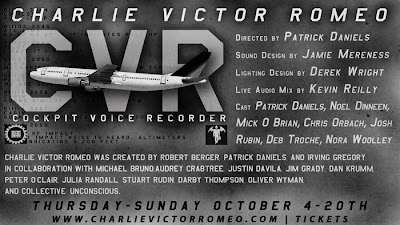 The Debate Society's new play, Blood Play, will premiere at Bushwick Starr on October 3rd.  Written by Hanna Bos and Paul Thureen, Blood Play is described as "a darkly comic thriller of post-war verve and pre-adolescent disquiet...set in the tranquil Chicago suburb of Skokie in the early 1950's."

Given The Debate Society's attention to detail, expect a lush period feel along with a quirky point of view.  Blood Play runs through October 27th.  Buy tickets through September 19th and they are only $15 (regularly $18). 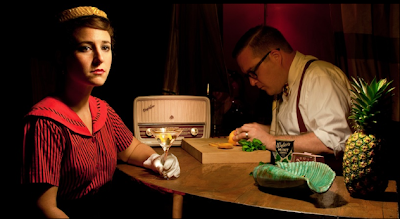 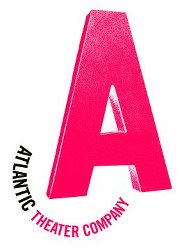 The formidable Atlantic Theater Company has a kick-ass season lined up for its first back in their newly refurbished space.  Touting four world premiers and two New York premiers, this is a great reason to buy a subscription!

As we already pointed out HERE, we are always excited about a new play by Melissa James Gibson. Daniel Aukin, her often director-collaborator, is on hand to be sure What Rhymes With America is not to be missed.

A new play by Rolin Jones, the author of Pulitzer finalist, The Intelligent Design of Jenny Chow, follows. The Jammer is set in the "hard-boiled, bizarre world of professional roller derby in New York during the late 1950’s."

February will bring a new play by one of our finest American playwrights, Craig Lucas. His new play, The Lying Lesson will be directed by Anna D. Shapiro, best know for her work on August:Osage County, is described as a "hilarious and unsettling homage to the films of Hollywood’s GoldenAge."

Three Kinds of Exile, by John Guare will come along in the spring. The play weaves the stories of three real exiles from Czechoslovakia and Poland into a "riveting dramatic tapestry and probes the meaning of home, identity and how we carry the past with us."

And finally a new play by Atlantic company member, Rob McLachlan, titled Good Television which presents a "fascinating behind the scenes peek at moderntelevision drama at its most extreme."

For more information, go to: www.atlantictheater.org
Posted by Ludlow Lad at 8:52 AM No comments:

11 Shows To See This Fall

WE ARE LIVE
The Live Source Collective @ Access Theater
(performances begin Sept. 27th)
Set in a fictional New York City broadcasting studio, WE ARE LIVE centers on the young characters of Anton Chekhov's The Seagull, merging his text with Shakespeare's Hamlet, and featuring original music by the company.
For Tickets & Info: Click Here

IVANOV
Classic Stage Company
(performances begin Oct. 17th)
Austin Pendleton helms a new production of Chekhov’s IVANOV at Classic Stage Company with a company that includes Ethan Hawke, Maxwell and Juliet Rylance. Given CSC track record with Chekhov productions lately, this is surely not to be missed.
For Tickets (which go on sale 9/20) & Info: Click Here

SORRY
Public Theater
(performances begin Oct. 30th)
The third installment of Richard Neilson’s look at the Apple family of Rhinebeck again takes place on the date of its official opening: November 6th, 2012, the day of the 2012 presidential election. These plays have become the highlight of the fall season each year, and given the importance of this installment expect no different this year. And tickets are only $15.
For Tickets & Info: Click Here

Posted by Ludlow Lad at 7:50 PM No comments: