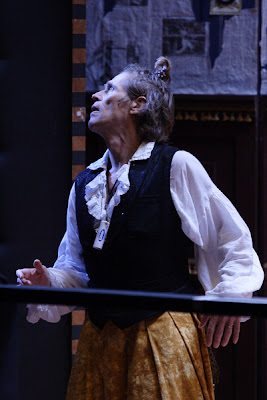 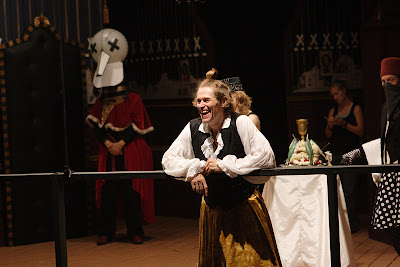 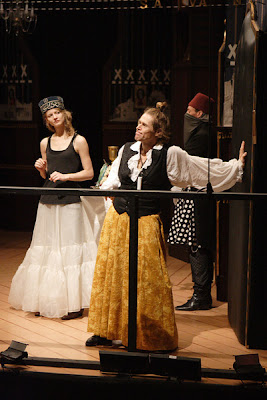 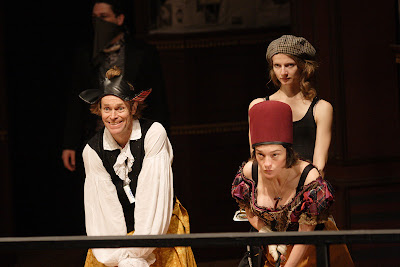 Marie asks the Idiot Savant, “But what makes chosen words – magic?” What follows is a wild theatrical odyssey that could only have sprung from the fantastical mind of Richard Foreman (THE THREEPENNY OPERA), New York’s legendary avant-garde genius. This new work is a philosophical comedy, in the great tradition of Ionesco and Preston Sturges. From precise existential and metaphysical acrobatics, to a ridiculous game of inter-species golf with Giant Duck, IDIOT SAVANT is a fresh, bracing and hilarious exploration of the boundaries of the legitimate.

An Off-Broadway ANGELS IN AMERICA

It was announced today that the 2010-2011/Tony Kushner season at the Signature Theater Company (the NY one) would include the first NYC revival of Angels in America - both parts one and two, in rep. Michael Greif will direct. Ludlow thinks that it will be great to see these plays in a new production, in a more intimate setting. The $20 tickets, underwritten by Time Warner, will be gone before you can say Prior Walter. Now we are just hoping that A Bright Room Called Day will also be a part of the Kushner Season.
Posted by Ludlow Lad at 7:33 PM No comments: