Ludlow Lad sees a lot of theater. Much of it isn't very good - or at least isn't work that Ludlow Lad enjoys. That is why seeing two pieces as good as The Rude Mechs' The Method Gun and The Play Company's Invasion! in the same week can be a revelation...and inspiring. 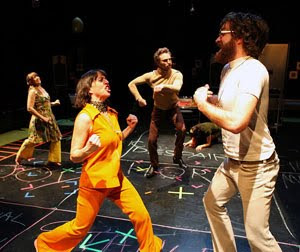 At the center of The Method Gun is the missing (and fictitious) Stella Burden, whose high-concept production of A Streetcar Named Desire that omits the characters of Blanche, Stanley, Stella and Mitch she has abandoned. The Rude Mechs "recreate" the post-Stella rehearsals, her unique acting techniques, her rituals and ultimately the production itself. Its two coup-de-theatres - one physical and one emotional are worth the price of admission alone. 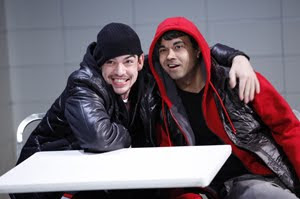 The Play Company's Invasion!, by Jonas Hassen Khemiri, translated from Swedish by Rachel Willson-Broyles, begins with a a coup-de-theatre and takes off from there telling the story of Abulkasem from multiple points of view. Invasion! is about language, terrorism, misunderstanding, and about twenty other things and it is expertly directed by Erica Schmidt and the cast of four is outstanding.